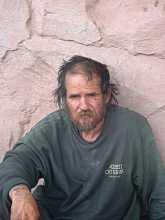 An astounding one in five people in America rely on Medicaid for health care.  As more people struggle with reduced incomes and joblessness, the burden on the Medicaid program has continued to increase.  This has left many states struggling with how to fund the costly program, and many are resorting to cuts in coverage and care, further stressing the wallets of America’s neediest.

In Arizona, life-saving transplants were halted under the Medicaid program.  They have since been added back to coverage, but not before causing at least one death, according to hospital officials.

California is under fire for reducing its payments for many outpatient services, and while the Supreme Court decides if it is legal for them to cut payments, some physicians are saying they will no longer be able to see patients on Medicaid.

In a time when our citizens need help the most, states are reducing coverage, disallowing services, and creating more panic and stress for those who use Medicaid.

I can’t say for certain, but it seems to me our country would be better served if the budget cuts were made to things that didn’t affect life and health.  Expansions of parks and new construction is not nearly as important as the health of our people.  The jobs created from those constructions projects are temporary at best and nothing more than a Band-Aid over a gushing wound.

While Congress can’t decide how to cut budgets, 20 percent of our country is learning how to live on Ramen and get by with minimal healthcare.  Something doesn’t seem right with this world, not right at all.


When You Find a Doctor Who Listens