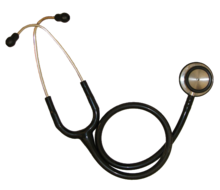 Check out these highly interesting, important, and thought-provoking stories.

I wanted to write about so many different blogs and new stories that I read this week, but just didn’t get to do it—so I thought I would make a quick list to share with you. Some of these are quite thought-provoking, and some might even make you mad—but they’re all definitely food for thought.

We might have a cure for AIDS soon! Scientists from the Queensland Institute of Medical Research may have a breakthrough on their hands that will help us cure the disease. I really have my fingers crossed on this one. Go, team science!

The Best and Worst Countries in Which to Be a Woman

The TrustLaw team came up with this list of G20 nations ranking which ones were best in which to be a woman—and which are worst. You might be surprised to learn that Canada is considered the best (followed by Germany, then the UK, then Australia, and France—the United States doesn’t make the list until #6). India was listed as the worst, with Saudi Arabia, Indonesia, and South Africa close behind. Be sure to read the report to see the reasons why—we have much work to do together to improve these conditions.

Where have all the Black sitcoms gone?

Have you noticed the lack of Black sitcoms on television? We have a few token black characters here and there—even a black couple in a few TV shows—but what happened to A Different World, Living Single, The Cosby Show? Some of these were may favorites growing up, as was Family Matters. (Remember when Jaleel White played a cool dude instead of Urkel in that one episode? He made some kind of machine that made him un-nerdy. I wanted to take him to prom. Of course, I was like, nine, or something.) There used to be so many, and now I can’t think of one.

People are pointing this out, and I have to say, it’s true: if all of these mass shooters were women, or black men, or Asians or Muslim or any other similar background, we’d be crying foul over women, black men, Asians, Muslims, etc. But all of these shooters are white men and nobody is considering that there might be something to study here on that single basis…

Being Fat is Not a “Death Sentence”

In fact, research now proves that people who are slightly overweight—whatever that means, as it seems to be a relative concept—live longer than their underweight or “normal weight” counterparts. So when you look at someone who is fat, all you can tell is that they are fat—and nothing else. No more “concerned for your health” spiels necessary! Isn’t that freeing, no matter who you are?


Important news that could save your life!